Netflix is now streaming a documentary about five Hollywood directors who volunteered to serve the US Armed Forces in World War 2. One early part of their work was the Private Snafu series, with later and greater films to follow.

“Five Came Back” on IMDB 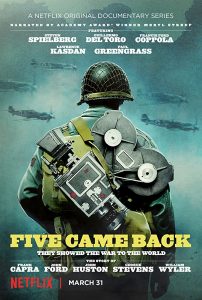 Here’s Bonnie Poe (once of the voice actors for “Betty Boop”, the Queen of American cartoons) with Bela Lugosi as a wax works Count Dracula, who puts the bite on Betty with the threat, “Betty … you have Booped your last Boop”.

The scene is from 1934’s “Hollywood on Parade”. The characters are wax work figures who’ve been animated (quite appropriately in Betty’s case).

This is the story of one family’s bold adventures in America, ranging from distant European lands through the Great War, Appalachian coal mines, and the Golden shores of California for their triumphant success in the modern age.

The musical score, in order of performance.

“Private Snafu – the 2nd Front” is now available in the Microsoft Windows Store! This is a new app, rewritten in UWP* for your Windows 10 tablet, laptop, desktop and Enterprise server! All new code with all old content! Private Snafu comes in two All American languages – English and Español (the sound track is the delightful original, with Mel Blanc’s silver tones, but titles and historical notes are multilingual).

Are you one of the many people still running Windows RT** on your ARM tablet? Not to worry – we are keeping the first edition “Private Snafu” around for both of you! 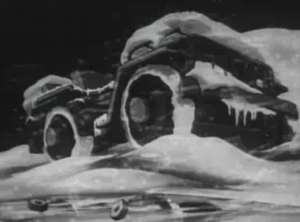 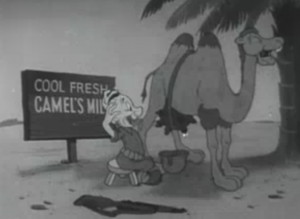 Autobiography Of A Jeep 1943